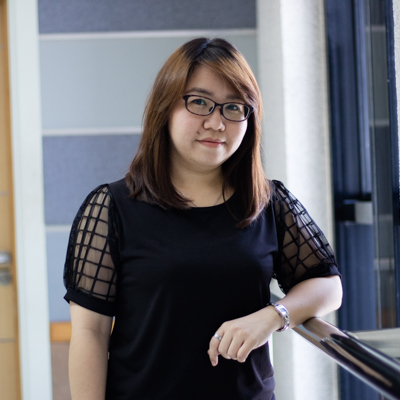 Sirarat Sukchai is a Soprano from Thailand. She started her voice lesson with Duangdao Chayasirisobhon in the age of 14 and with Dusadi Bhanomyong in 1997. In 1998, she started her studies with Weewan Tonechai as a voice major in the Department of Music Education, Faculty of Education, Chulalongkorn University, and graduated with the first-class honors in 2002, and later received Mater and Doctoral Degrees from the same institute.

Sirarat received the voice scholarship from AMAS Studio under M.L. Poungroy Apaiwong’s scholarship to study with Sheliagh Angparoj from 2001-2003 and has continued the lesson until 2005.

During the time when she was in college, she participated in the Thai Musical Production “Banlang Mek the Musical” and “Bangkok 2485 The Musical” and also performed in the musical “Jesus Christ Super Star” and “Joseph and the Amazing Technicolor Dreamcoat”.

Following her passion for choir music, Sirarat has joined the Acappella Group “The Camerata” since she was 16 years old and later has been the member and manager of Siam Harmony Choir from 1999-2007 and joined the Busan APEC Choral Festival and Competition 2005, Korea.