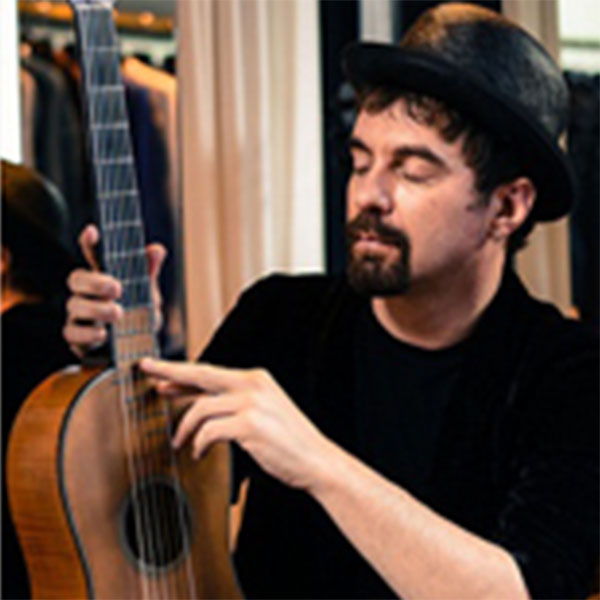 Jacopo Gianninoto is an Italian lutenist, guitarist and composer living in Bangkok, Thailand.

He has been teaching Classical Guitar, Music History and various subject at Assumption University since 2005 and served as Chairperson of the a music Performance department at Assumption University. He is member of the scientific committee for the musicological society “Fondazione Levi” as well as member of the executive committee for Opera Siam International.

He has published a series of books of transcriptions of ancient music for Lute, Baroque guitar and Theorbo, adapted for classical guitar, contributing to the rediscovery of ancient Italian repertoire. His publishing work include a revision for guitar of the Antonio Vivaldi’s “Concerto per due Violini Leuto e Basso RV93”, a transcription for guitar of the J.S. Bach’s sonatas originally written for solo violin, works on Vincenzo Galilei (father of the scientist Galileo Galilei), Johannes Hieronymus Kapsberger, Francesco Corbetta, Johannes Matelart, Alessandro Piccinini, Francesco Spinacino, Vincenzo Capirola and S.L. Weiss.

Gianninoto performed in the most prestigious theaters and Auditorium around the world and has published several LP albums, both as a performer and as a composer and he is the creator and director of several artistic multidisciplinary projects such as “Baroque Me Baby”, “Renaissance Redux”, “The Praise of Folly”, “The Giordano Bruno Project”, “Lux In Tenebris”, “Chiaroscuro”, “Herometic”, often mixing theatre, music, visual art, poetry including his collaboration with thai writer S.P. Somtow and several theatre and dance companies.

His research work focuses on composition as well as on historical performance on Guitar and Lute and he has published several papers and participated in several international conferences.